The MOZA Slypod is claimed to be the world’s first motorized monopod that uses high precision slider motion control technology.

2-in-1 Monopod and slider

Is it a monopod or is it a slider? Well it’s both. It’s best to think of the  as a monopod where the movement is motorized instead of having to be done manually.

The motorized movement can be controlled through an app or via an optional hand control unit.

To Mars and back

Gudsen claims that the Slypod inherits the precise drive technology from the Mars Rover. The  incorporates  power density geared motor that is capable of producing 1N/m torque, which is enough to drive up to an 18kg payload.

Acceleration from 0 to 10,000rpm takes only 15 microsecond or1/1000000s, which is quicker than most ordinary brushless motors. By utilizing an embedded precision motion control algorithm, the Slypod is claimed to be able to do perfectly repeatable and smooth motion, even for the most demanding shots.

The telescopic length, sliding speed and programmable motion time-lapse can be controlled via MOZA App and the optional Remote .

The Slypod’s structural design is claimed to allow maintenance-free performance and protection from wind, sand and

The MOZA Slypod is equipped with the CAN Bus that allows it to be connected to multiple MOZA products. It can also be integrated with MOZA Air 2, MOZA AirCross 2 and iFocus products for multi-axis camera movement through future firmware updates.

The Slypod certainly seems to be an interesting product and unlike anything we have seen before. Just how smooth the movement is and how easy it is to use remains to be seen.

Hopefully Moza will be demonstrating it at NAB this week.

The price and availability of the MOZA Slypod has not yet been released.

Matthew Allard is a multi-award-winning, ACS accredited freelance Director of Photography with 29 years' experience working in more than 50 countries around the world. He is the Editor of Newsshooter.com and has been writing on the site since 2010. Matthew has won 39 ACS Awards, including four prestigious Golden Tripods. In 2016 he won the Award for Best Cinematography at the 21st Asian Television Awards. Matthew is available to hire as a DP in Japan or for work anywhere else in the world. 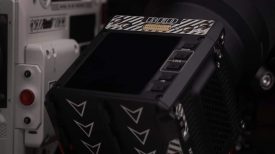 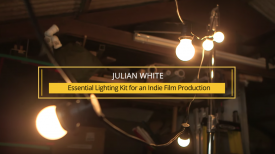 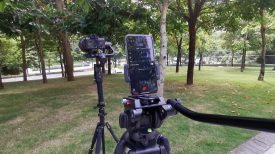 recommended news
CONNETC WITH US